Slate Magazine
"Notes From the Underground"
A documentary about the Weathermen shows how far we've come since the '60s.
By David Greenberg


The U.S. Capitol was spared a violent attack on Sept. 11, 2001. But as you have probably forgotten, it was bombed 30 years earlier. In the middle of the night on Feb. 28, 1971, a blast tore apart a ground-floor bathroom. The bomb harmed no one, but it struck fear in Washington and around the country, triggering calls for tighter security and a swift crackdown on anti-war radicals. This was a period when bombs and bomb scares were a daily part of American life and when President Nixon and White House aides exchanged memos warning of the onset of anarchy in the United States.

The Capitol bombers belonged to the militant left-wing organization known as the Weather Underground, who at the time enjoyed a certain mystique for their bravado and their willingness to test the limits of revolutionary ideology. A new documentary, The Weather Underground, directed by Sam Green and Bill Siegel, traces the life and death of the organization. Full of fascinating vintage footage and interviews with former members of the Underground, the film manages to convey the reasons for that mystique—even as it recognizes how Sept. 11 has made their crusade even less appealing than it was at the time.

Taking its name from the lyric in Bob Dylan's "Subterranean Homesick Blues" ("You don't need a weatherman/ To know which way the wind blows"), Weatherman splintered from the mass youth organization Students for a Democratic Society in 1969. (Weatherman became the "Weather Underground" when it retreated from public view.) The group staked out the most extreme-left position in a student movement that was hurtling leftward. Although always numerically tiny, the cadre's members were charismatic, provocative, articulate, and intelligent. They commanded news media attention (at the expense of other leftist groups) with their brash rhetoric, violent actions, and, in the eyes of many, romantic allure. Coming mostly from affluent backgrounds, they seemed almost "to the manner born," in the words of Todd Gitlin, the former SDS president who appears in the film to deplore how they hijacked the remains of his once-proud (and vast) organization. Chic radicals, they seemed to treat their violence at once as very serious business and as kind of a lark.

Weatherman rationalized militancy as the only recourse remaining to combat an unjust system. Like millions of other Americans, its members were frustrated with seemingly scant gains after years of reform efforts, despondent over the government's violent clampdown on dissenters, and enraged at the horrors of the unending Vietnam War. As a reminder of just how horrible Vietnam was, we're shown the videotape of a coldblooded military execution of a Viet Cong soldier—a famous image usually seen only as a still photo. The footage, part of a grisly Vietnam montage, helps make the frustration and rage—though not the vicious ideology it bred—comprehensible.

In the film, Naomi Jaffe, one of the group's more eloquent and analytical members, argues that to have watched passively in the face of the U.S. government's own violence itself constituted a form of violence, or at least an endorsement of it. Far from instigating the brutality, she argues, Weatherman was responding to it in kind. Somewhere in there, there's a germ of a sound position. If the United States were actually a tyranny, for example, then armed rebellion could be justified.

But even in the feverish late 1960s—and even to naive, action-hungry kids—Weatherman's argument was a tough sell. The failure of the "Days of Rage," a planned attack on Chicago's moneyed Gold Coast and showdown with the hated Daley police force, was a case in point. Planned for October 1969, the event wound up drawing not the expected thousands but just a couple hundred militants. As the motley gang assembled before a bonfire, Bill Ayers, a Weatherman leader, recalls in the film that he was overcome by a "secret feeling that someone would come rescue us from what we were about to do." If only. They proceeded to wreak random violence in the Chicago streets and get arrested en masse. The main results: They alienated themselves from potential allies like the Black Panthers and furnished Richard Nixon with cheap ammunition for his rhetorical assaults on anti-war protesters.

The well-bred Weatherman leaders, miscomprehending the origin of their own radicalism, somehow imagined that working-class kids would embrace their extremist creed more readily than bourgeois college students. From Seattle to Detroit to New York, they set up urban communes as bases for organizing the would-be rank and file of the revolution, but predictably they failed to rouse the proletariat. So they turned to what even they themselves now recognize as terrorism. They began building bombs to detonate at sites of their purported oppressors, like a hall in Fort Dix, N.J., that would be hosting an Army dance. But on March 6, 1970, the bomb meant for the American soldiers went off prematurely, blowing up the Greenwich Village town house where its violence-drunk manufacturers were living. Three of them were killed.

The group then went underground and decided to target only empty buildings. For the next years, they bombed sites from the New York police headquarters to a Harvard international-studies center—making sure, Ayers and others stress, to send advance warnings before exploding the weapons. This meager gesture toward decency, however, loses its ostensible honor when you realize that innocents easily could have failed to evacuate in time. Indeed, apart from a high-profile caper of springing LSD advocate Timothy Leary from prison at the behest of (and $20,000 bequest of) a counterculture group called the Brotherhood of Eternal Love, the Underground spent most of the '70s hiding from the FBI between its bombings of corporate offices, National Guard headquarters, and the like.

By the late '70s and early '80s, the radicals were tired of living on the lam and began to turn themselves in to authorities. Ironically, because Nixon's FBI had so egregiously violated the law in gathering evidence against them in the first place, most escaped conviction. (However, one Weather alumnus, David Gilbert, joined another group called the Black Liberation Army, participated in a robbery that killed three men, and was sentenced to 75 years in prison—where the filmmakers interviewed him.) Although some alumni, like Ayers, seem to be still justifying their actions (as Slate's Tim Noah noted in 2001), others show a range of emotions over their past, from Mark Rudd's confusion and ambivalence to Janet Whitehorn's regret over her deference to the group's more resolute and violence-bent leadership.

Probably the most compelling of the interviewees is Brian Flanagan, whose name, unlike Ayers', Rudd's, or Bernardine Dohrn's, may be unknown even to '60s buffs. (It was to me.) Now a tavern owner in New York—who padded his income a bit recently by winning $23,000 on Jeopardy—Flanagan shows real anguish as he reflects on the Underground. The only person in the film to invoke Sept. 11, Flanagan compares himself and his former comrades to Islamist terrorists and to Timothy McVeigh, suggesting that all shared the conviction that their own knowledge of what was right for society entitled them to break laws, to kill, to engage in terrorism. He is not particularly eloquent, especially compared to some of his more "glamorous" co-conspirators, but he stumbles onto the film's more profound utterances. "When you feel that you have right on your side," he says at one point, "you can do some pretty horrific things."

For decades, the '60s has haunted all aspects of our politics, culture, and society. But watching The Weather Underground, one wonders if we have finally entered a decisively post-'60s period. The massive opposition to the war, the public appetite for social reform, the heady feeling that positive change was just around the corner—all now seem dim. And after Sept. 11, whatever romance was once attached to these hard-core militants seems all the more shallow, a symptom of a distant historical moment.

Yet a montage near the film's end also complicates any easy lessons. The filmmakers commingle images of a gloating Ronald Reagan, snippets from a Jane Fonda workout video, and a tape of Abbie Hoffman mocking apathetic '80s students and warning us not to trust anyone under 30. The revolutionary energy of the 1960s, in the end, was defused rather easily—perhaps too easily. Something is lost when a political culture lacks a vibrant left. Of course, the Weather Underground was never that left-wing. On the contrary, with their glib rationalizations, their equation of bad government with irredeemable government, and their casual terrorism, these radicals mostly just helped to finish off the left.
Publicado por Fernando Calderon en 16:06 1 comentario: 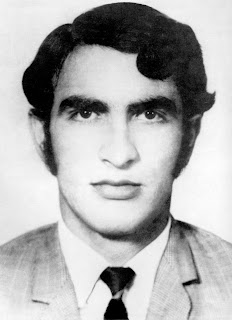 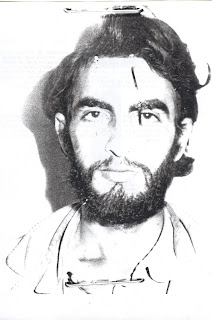